Drug trafficking (which involves the distribution or delivery of a controlled substance) is in violation of the Texas Controlled Substances Act, and you can be found guilty if they prove that you had knowingly and intentionally delivered marijuana or any other controlled substance that has been classified in any of the four groups listed in the Texas Controlled Substances Act. This crime is listed as a felony, and it can have a wide range of penalties. A state-jail felony will have a lighter sentence. But, if you have been charged with a first-degree felony, you’ll be faced with a harsher penalty.

There are several factors that can influence your sentence, which can include:

The less that has been distributed, the lighter the sentence may be. Be sure to speak to a qualified attorney for more information about the specifics of your case 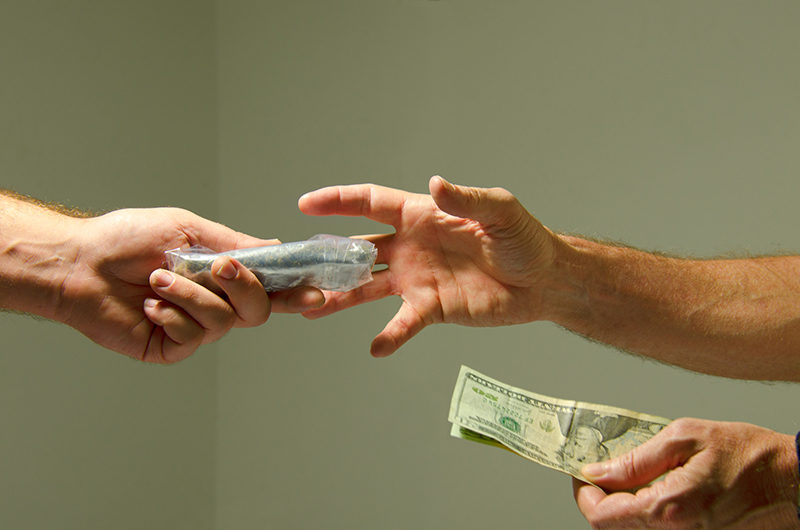 Texas has harsh penalties for drug trafficking, and prosecutors will try to make plea deals in exchange for information that can be used as additional evidence for an investigation. You may be tempted to go at it on your own, but you should consider talking to an attorney that can help you. You might be able to prove the following in your defense:

There may be some crossover between drug trafficking and possession with regard to certain defenses. Be sure to speak to a qualified attorney for more information about your specific case.

If you have been charged with drug trafficking and distribution, you could serve anywhere from 180 days to two years in jail and a fine of up to $10,000. But if you’re charged with a first-degree felony, you could serve a term of 15 to 99 years in prison and a fine of up to $250,000. The severity of your sentence will depend on how much of the drug was trafficked. Distributing less than a gram will be classified a state-jail felony, but distributing 400 grams or more will have a first-degree felony charge (which can include life in prison).

Due to the regular passage of legislation, state laws can always change. Court rulings, decisions made by the federal government, and other conditions that can affect the political landscape can change current drug laws. If you want more information about any possible changes to Texas drug laws, be sure to speak to someone at Gale Law Group. We have a team of qualified attorneys that can answer any questions that you may have, and we have years of combined experience in defending these types of cases.

If you want to find out how we can help you, get in touch with us today!