If you’re dealing with a DWI charge in the State of Texas, you’re probably feeling a frustrated, confused, or annoyed. You may even be a little scared, because there are many questions to which you may not know the answer. What are the penalties? How much is it going to cost? Do you need to get a lawyer? You may not know how bad it’s going to get, which is understandable. There’s a good chance that you’ll have to face some penalties, but the extent of them will depend on the details of the charge, if it’s your first offense, and if you have a good lawyer on your side.

Check Out Our DWI FAQ Here

Penalties for a DWI Charge in the State of Texas

If you have been arrested and charged with a DWI offense, you could be subject to huge fines, along with any of the following penalties:

A first DWI offense is usually considered to be a Class B misdemeanor, which has a maximum penalty of 180 days in a county jail with a minimum of three days. In addition to jail time, you could also be subject to a fine of up to $2,000. But if your blood-alcohol level is .15 or more, it could be seen as a Class C misdemeanor (which carries a fine of up to $4,000 and up to one year in jail).

If you’re a first-time offender and had a blood-alcohol level between .08 and .14, you can apply for a “non-disclosure” two years after you have finished your probation. But you’ll need to have an ignition interlock device on your car for six months. A non-disclosure will limit who can see your criminal record for that period. Be sure to speak to an attorney for more details. 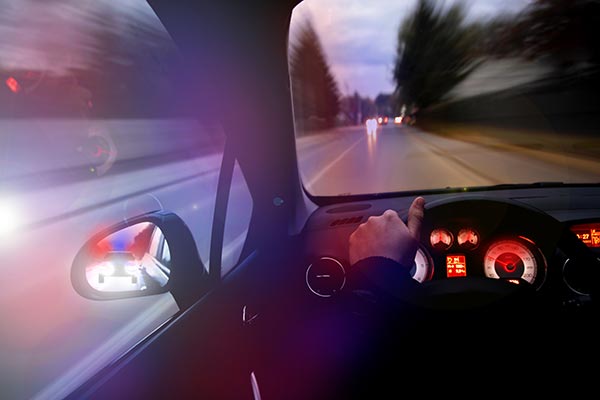 If you’re dealing with a DWI charge in the State of Texas, you’re probably feeling frustrated, confused, or annoyed. You may even be a little scared, because there are many questions of which you may not know the answer. What are the penalties? How much is it going to cost? Do you need to need to get a lawyer? There’s a good chance that you’ll have to face some penalties, but the extent of your punishment will depend on the details of the charge, whether it’s your first offense, and if you have a good lawyer to back you up.

A DWI may be seen as a criminal offense that’s of a dangerous nature, and the penalties could vary in severity. Some possible outcomes could include serious fines, loss of your driver’s license, or even time in prison. There are many different factors that can affect the outcome of your DWI case, which can include but may not be limited to:

These factors can determine whether you’ll be faced with any of the following:

If you get convicted of a DWI offense, you may have to pay higher premiums on your auto insurance. And you may even lose some types of coverage. You could also be faced with up to 12 weeks of substance abuse education if you admit to being addicted to drugs, alcohol, or any other substances. If you’re DWI offense occurred while you were at work, you could face termination from your company.

Possible Outcomes for a DWI Case

If your DWI offense resulted in an injury to someone else or was combined with other charges, you could be convicted of a felony and serve time in jail. But if it’s your first offense and have no other charges, the penalties won’t be as severe. It’s even possible that a lawyer can get the case dismissed if he or she can find holes that can be used against the prosecution. Just bear in mind that it’s separate from your driving record. You could be found not guilty of a DWI charge, but you could still lose your license.

Some of the short-term consequences of a DWI case could include but may not be limited to:

Aside from the short-term consequences of a DWI conviction, it can also result in long-term implications. Some of these can include but may not be limited to:

If you have been charged with a felony DWI, you could lose certain personal liberties. While most DWI cases are misdemeanors, a felony conviction could make you ineligible for government assistance. And if you’re not a citizen, you could be deported. Be sure to speak to a qualified attorney for more information. This person will play an important role in your DWI case, because he or she will have the experience to come up with a solid defense.

Defense Attorneys for DWI Charges in the Coastal Bend!

If you’re facing a DWI charge and don’t know what to do, the Gale Law Group is here to help. Whether it’s your first offense or have been through the process before, we have a team of qualified attorneys that can defend your case in front of a judge. If you want to work with a quality law firm that can defend any DWI case in the Coastal Bend, feel free to contact us. We would be happy to speak with you!