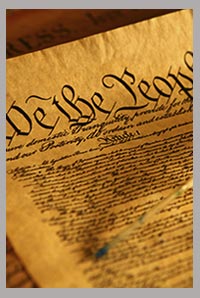 A civil right is any privilege that can be enforced, which can be interfered with by someone else, if it results in a certain action or injury. Discrimination happens when a person’s civil rights have been denied or interfered with because he or she is part of a specific group or class. This can include any of the following:

The terms “civil rights” and “civil liberties” are often confused, but there are differences between the two. Civil rights refer to certain legal provisions that come from the concept of equality, and they deal with certain “legal protections” that are granted to individuals. A civil liberty refers to any “personal freedoms” that are guaranteed under the Bill of Rights.

Guarantees Under the Civil Rights Act of 1964

The most important piece of civil rights legislation was in 1964, because Congress used its authority to regulate commerce across all the states. It prohibited the discrimination of people because of their “race, color, religion, or national origin” in any public establishments that are engaged in commercial activity. This includes any places that offer public accommodations (such as hotels, motels, and trailer parks), as well as any restaurants or places of entertainment.

The Civil Rights Act of 1964 implemented a strong legislative policy that prohibited the discrimination in public schools and colleges, which has been helpful in eliminating segregation. The Civil Rights Act of 1964 also prohibited discrimination in any programs that are funded by the federal government, and it passed many laws that deal with discrimination in the workplace. These laws are interpreted by the Supreme Court, which plays an important part in the outcome of every civil rights case. The federal courts have played a major role in mandating and overseeing desegregation in schools, and they have made tremendous efforts to correct discrimination issues at the local or state level.

There are several types of civil rights cases. Some of these include:

If you want more information about any of these cases or have been a victim of any civil rights violation, be sure to contact the office of Gale Law Group today!