What will happen if I’m charged with an assault in Texas?

Depending on how the charge is classified, you could be taken into custody and kept in jail while your case is pending. But you might also be given a ticket with a notice to appear in court (where you’ll enter a plea of “guilty” or “not guilty”). It’s also possible that your charges will be dropped by the prosecution, which will end the process. However, the specifics of your case may result in different actions. That’s why you need to speak to a qualified attorney to get advice about your situation. 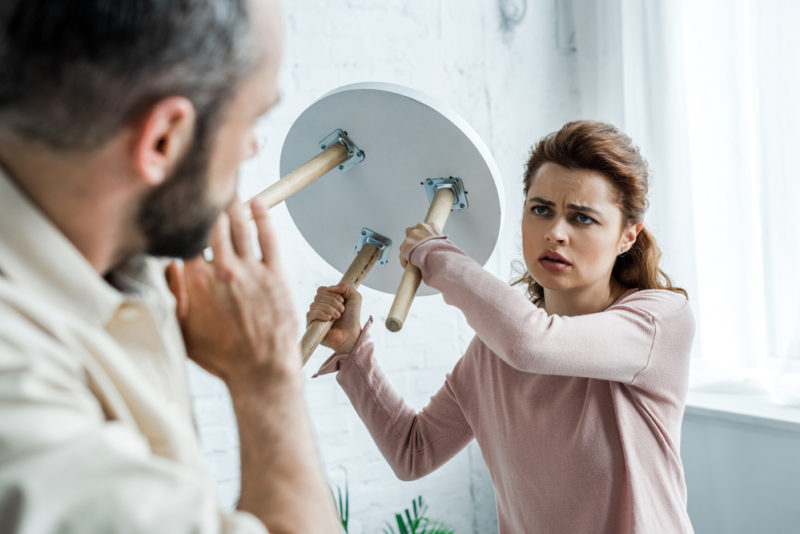 What happens when things get physical?

Is an assault charge in Texas a misdemeanor or a felony?

A simple assault in the State of Texas that resulted in a minor injury will typically be classified as a class A misdemeanor, but it can become a third-degree felony if the prosecution can prove the following:

An assault charge in the State of Texas can also become a felony if it involved a weapon, which would make it an “aggravated assault.” Sexual assault also has a different set of charges and penalties.

What will happen if the person I allegedly assaulted wasn’t actually injured?

Texas Law doesn’t require the victim to be physically hurt for an assault charge to be filed. Threatening someone with assault or making “offensive” contact with someone that doesn’t require pain can be classified as a Class C assault charge. While it’s a minor offense that’s no different than a traffic ticket, it can be classified as a third-degree felony if you have been previously convicted of a family violence charge.

Many people choose to make a “no contest” plea when they have been charged with a class C misdemeanor so they don’t have to pay a fine, go to court, or hire a lawyer. But if you have been charged with any kind of family violence, you should think twice before you make this kind of plea because it could lead to more severe consequences. If you have been faced with any family violence charge, you should speak to a qualified attorney before making any final decisions.

What does assault by contact mean in the State of Texas?

If you intentionally or knowingly make physical contact with someone that he or she would reasonably consider offensive or provocative, it would be seen as “assault by contact.” Some common examples of this type of charge include shoving or spitting on someone, and it’s usually classified as a class C misdemeanor (which is the lowest level of criminal offense in the State of Texas).

Some courts use other terms (such as “simple assault” or “assault by physical contact”) to describe this type of crime, because Texas has no stand-alone statute to describe these charges. Instead, it’s often seen as a subset of the standard laws for assault. Unlike more serious assault charges, you don’t have to recklessly commit an act of assault by contact. And to be convicted of this crime, the prosecution must prove beyond a reasonable doubt that you knew your actions would be reasonably considered offensive or provocative by the other person.

What are the penalties for a misdemeanor assault in Texas?

A standard class A assault can result in up to one year in jail and a fine of up to $4,000. A first offense of a family violence charge can have the same range of penalties, but it can also be classified as “Affirmative Finding of Family Violence” (AFFV).

What is an “Affirmative Finding of Family Violence” (AFFV)?

What are the penalties for aggravated assault in Texas?

An aggravated assault charge in the State of Texas is considered a 2nd degree felony, which could result in 2-20 years in prison and a fine of up to $10,000. But you could also be eligible for probation. Be sure to speak to someone at Gale Law Group for more information. We’re a criminal defense lawyer in Corpus Christi that will fight for you and your rights.

If you want to work with one of the most qualified criminal defense lawyers in the Coastal Bend, get in touch with us today!