You should know that you have rights and that you’re entitled to a fair trial. Whether you’re facing criminal charges, been treated unfairly in the workplace, or have been harassed by law enforcement because of circumstances that are beyond your control, we’ll work hard to defend you in a Court of Law. Our staff has many years of experience in criminal defense, civil rights, and employment law, and we can help you get the justice you deserve.

If the State of Texas has a legal claim against you — one that accuses you of committing a criminal defense — your decision to hire an attorney can impact your future. Being convicted of a criminal offense can have a huge impact on your life, which can affect your ability to find employment. Not to mention, the time that you can spend in jail or prison. You need to find an experienced criminal defense attorney in Corpus Christi for more information about your case, which can put you in a better position to protect your legal rights.

Here at Gale Law Group, we can help in the defense of the following criminal defense cases:

If you have been accused of any of these crimes, be sure to contact Gale Law Group.

If you have experienced any kind of police misconduct, an illegal search, wrongful death, illegal discrimination, whistleblower claim, or anything that violates your constitutional rights, Gale Law Group has a team of experienced attorneys that can help you with your case. You shouldn’t hesitate to do the right thing. Get in touch with us today!

There are many aspects to employment law, which is why you need an experienced attorney to protect you. Having your entities set up properly and getting your contracts in order is critical to the long-term success of your business, so you don’t want to leave something important to chance. Not only should business owners understand their rights as employers, but employees should know what they’re entitled to. The law forbids retaliation of any kind from an employer, which can include any of the following:

Employees are protected from retaliation of any kind, and it’s illegal to do so because of discrimination. Employers are also required to provide overtime pay for employees that work more than 40 hours in a week. To protect yourself, you should have a manual that outlines any policies and procedures within your company. Be sure to speak to someone at Gale Law Group for more information.

Any death that is the result of negligence or the actions of someone else (regardless of whether another crime was reported) may be tried in court as murder or homicide. 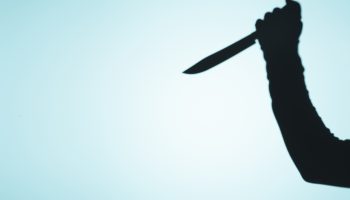 The lawsuit states Rudy Bentancourt had around 528 hours of unused sick time saved up. He had planned to cash out this allocated time when he retired.